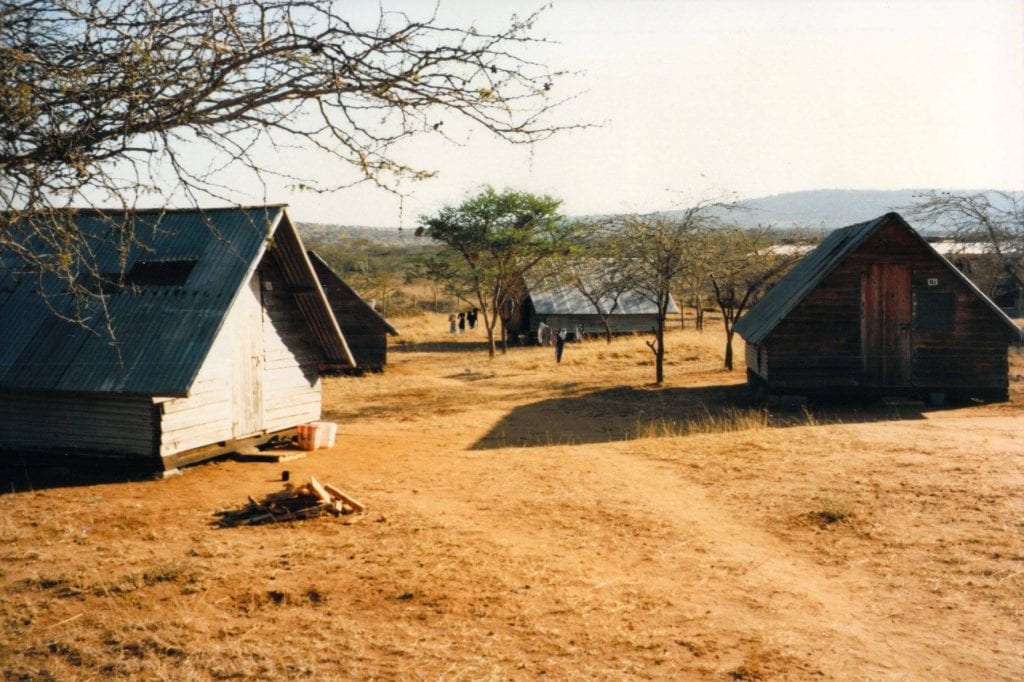 That story starts in 1992 when the first African-based LTS (Leadership Training School) was held in Nairobi.
Over 200 students attended. The students lived in temporary structures which were built for the LTS. The biggest structure was the lecture hall, which also served as Dining Hall.
It was done in YWAM style: “Train as you build”.
During the LTS there was a lot of prayer from the international leaders for YWAM Nairobi and the ministry was reborn with a strong vision and heartbeat to train missionaries.
After the LTS a School of Biblical studies followed with 25 students and then DTSs were held in the same setting outside of Nairobi.
God had greater plans for YWAM Nairobi and soon, a new property was being sought to accommodate the vision of training missionaries. God provided for the 70 acres which is presently owned. In 1994 everything was moved from Nairobi to the current location.
We rented a plot which had one house on it. The 24 little cabins (temporary structures) were put up, then kitchen, dining hall, pit latrines were dug and small shower houses put up.
Water was provided and electricity in the evenings. This new setting was a temporary location until finally locating on the new land.
At this temporary location 2 DTSs and a SBS were held while preparing to move to the final location.
In 1995 a permanent location was purchased and everything was moved once again.
This location became known as the Athi River Base.
In the beginning there was no tap water, no electricity no phones – in the middle of a semi-arid area. 98% of the trees were thorn trees and our closest neighbour was 3 km away. This was our God-given land.
It was challenging but we soon experienced the awe of the wildlife, giraffes, gazelles and antelopes were frequently spotted, and hyena’s laughter was heard at night but to our relief no lion’s roar was heard. Spitting cobras were the most common snake around.
A lot was learnt about our area by relating to our neighbours and asking them many questions.
The termites were our biggest enemy as they destroyed all wood. It was a struggle to live in wooden structures which were vulnerable to termite attacks.
In 1997 a master plan for the 70 acres was developed to fully utilize the property and permanent building began.
Through intercession times, God revealed the spiritual strongholds in the area which are; witchcraft, poverty and religiosity. There was a strong conviction that training should continue even though all buildings and infrastructure were not in place.
The DTS classroom was one of the first buildings constructed. DTSs continued to run and other schools were added as building continued to accommodate schools and staff.
Train as you build was and is our way of operating.
Looking back God has done so much for us.
From the humble beginnings there are now mobile phones, Wi-Fi, and a water well (Borehole). 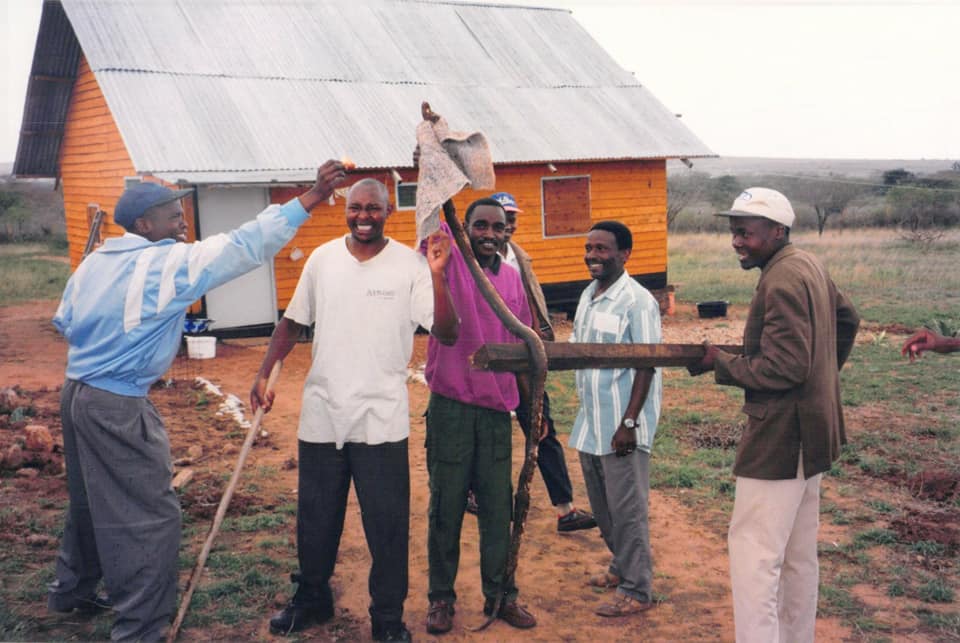 Located 45 km away from Nairobi, along the Mombasa Road and near Machakos, Athi River Base presents a rural, yet culturally diverse mission experience.

Part of the YWAM global family of ministries